Ongoing global atmospheric warming is having a dramatic influence on the cryosphere, including the continued mass loss of glaciers, and the widespread warming and thawing of permafrost. As permafrost thaws and glaciers thin and retreat, support of valley walls is greatly diminished or removed, leading to slope failures. In Prince William Sound, Alaska, the retreat of the Barry Glacier has led to the destabilization of landslides flanking the glacier. The largest of these landslides, on the order of 500 million cubic meters, could generate a tsunami that would impact much of the Prince William Sound if it failed and rapidly entered the water of the fjord. Although the historical evolution of the landslide has been constrained, much less is known about its expected future motion–whether the entire landslide will move as one coherent mass, and if the landslide will move slowly or rapidly with additional motion. Answers to these questions are key to characterizing any potential landslide and tsunami hazard, and to developing warning systems for residents and visitors to the region.

As a result of these unknowns, a multi-agency consortium of academic and government partners has deployed a wide array of monitoring systems to determine the landslide’s ongoing behavior and its potential tsunamigenic effects. Current efforts include near-real-time, near-source seismic (AEC) and far-source infrasound (USGS) installations to detect ground and air vibrations generated by motion of the landslide mass, installation of water level gauges (NTWC) to identify passing wave bores generated from a potential landslide impact, and webcam monitoring (AEC, AK-DGGS) for situational awareness of the site. Landslide mechanics and displacement detection are being assessed by biannual airborne lidar and photogrammetry (AK-DGGS), multi-week satellite and sub-hourly ground-based InSAR (USGS) during snow-free months, and image-based particle tracking techniques via a high-resolution deformation camera (USGS). Finally, assessment of potential climatic triggers for landslide motion will be aided by meteorological stations (AK-DGGS) installed near the landslide as well as lidar-derived snow depth measurements.

This talk will review the many resources and partnerships working together to characterize potential hazards resulting from landslides near the Barry Glacier, and efforts to understand tsunamigenic landslide hazards in the greater Prince William Sound. 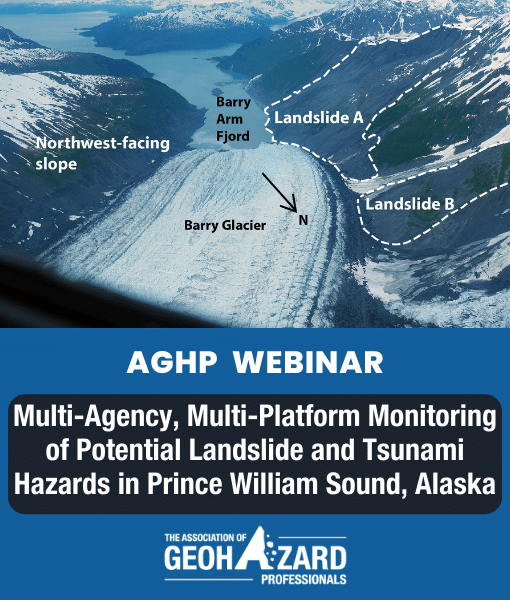 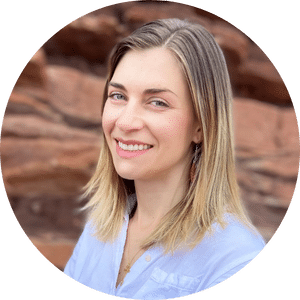 Lauren Schaefer joined the USGS Geologic Hazards Science Center in June 2020. Lauren is a researcher with the Landslide Hazards Program investigating landslide hazards using a variety of geotechnical engineering and remote sensing techniques. Her research interests include multidisciplinary applications of synthetic aperture radar and spectral imaging, landslide and volcano monitoring, experimental rock mechanics, and material evolution in dynamic systems. She is additionally interested in natural hazard emergency management and improving diversity, equity, and inclusion in the geosciences. She has previously served as a volunteer for the Red Cross, AmeriCorps, and GeoCorps America.